Risin up, back on the street.  Did my time, took my chances

Y’all know that I am a somewhat competitive person. Just a teensy. And that I love our gym. Consider it my home away from home and some days, especially this week, a place I’d rather be than home. Love my peepers there, it always pushes me to bring my best version of myself that day, compete against whom I was the day before. To say it fits the bill for whom I am on the inside and out, part of a passion in my life, some days the only thing that keeps me going - true story.

This past weekend the gym had their annual fitness competition, CMF 2018. CMF stands for Central Mass Fittest and the comp is only open to those that are members of the gym. Typically consists of five events that last anywhere from 4 minutes to 15 minutes and one event that is a floater - you have from after the first event until the beginning of the last event to complete it. It’s truly a test of wills, a proverbial gut check, a high level of competition against yourself and the personal goals you’ve set for yourself. This was the first year that I watched from start to finish, not as a competitor but as a spectator, and it was humbling.

Cuz here’s the thing that really shook me, that I took away from it. The human spirit is indomitable. Truly, really, incredibly an amazing thing. What we can do when we think we can’t, what we can give when we think we have nothing left in the tank, how we push on and don’t stop, finishing something to the end. How we have the ability to inspire even when we don’t feel that inspirational. So today, I’m honoring that indomitable human spirit because man, it’s a crazy good thing. And worth the mention.

It’s funny - indomitable is not an easy word to say. I always end up getting it confused with abominable (as in the snowman from Rudolph) and the two words couldn’t be more different. So I turned to my good friend Merriam and looked up the definition of indomitable. Merriam stated, “incapable of being subdued; unconquerable.” Wowza! That’s a heck of a word to live up to, a pretty incredible superpower. And an apt description for the human spirit.

I broke it down into those two definitions - incapable of being subdued and unconquerable - as both are worthy of understanding.

Incapable of being subdued

Those that are incapable of being subdued are basically fearless. Undaunted. Give them a challenge and butterflies and all - they attack it. It’s not about not having fears, not being scared or not having doubts. It’s about pursuing your goal in spite of all of those things. About choosing to go forward even though you’re not comfortable. It means being the man in the arena and giving yourself to a worthy cause.

There was a group of teens that competed on Saturday and, because wisdom is wasted on the youth, they were fearless. I watched in awe as athlete after athlete approached these events with more composure than I possessed in my teen years. And often times what they lacked in experience and knowledge of the lift or the machine, they more than made up for with heart. With courage. They were incapable of being subdued and simply just kept showing up. They not only had incredible sportsmanship, they did not compete AGAINST one another - they competed WITH one another. Without question, those young men were each the man in the arena that day. 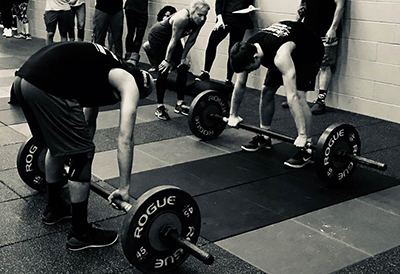 Went the distance, now I'm back on my feet

Putting ourselves out there, daring to be great - it’s a scary thing. And this competitor, well, he was the very definition of fearless. Although he was at times unsure of what was ahead, how he was going to tackle the task, each and every time he stepped up to the plate and he swung with everything he had. He gave maximum effort, was fearless in his approach to bring the very best version of himself to the table. He was undaunted throughout the entire comp and never once was this athlete subdued by the difficulty. He was not just a lion - he was a beast and inspired more people than what I think he realized. 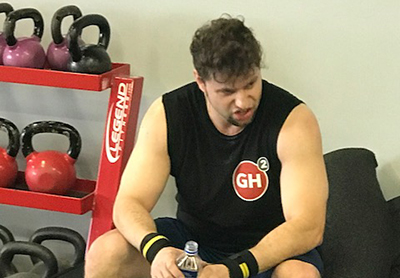 Just a man and his will to survive

This is a pretty amazing word and it sums up what we all want to be and what few of us realize is that it already lies within each of us. That we are unstoppable when it comes to giving all we have. It means that at times we have to redefine the parameters, the rules of the battle, readjust our focus, pick ourselves back up and try again. That we are unbeatable because we are only competing against ourselves and I’m not whom I was yesterday. Doesn’t mean we always win - it simply means that we chose not to be defeated.

Often times what we do as people, as parents, as athletes is we give it up to the Gods. Go forward in blind faith. Call it auto pilot, call it sheer will, grit, a little bit of cray - whatever it is, at times we just put our head down and plow through the storm. This girl was in the thick of the storm, time running out and the desire to finish waning. And she kept going. She was unstoppable. Just one more rep. And then one more rep. And isn’t that what life is all about? One more rep? One more day? One more yes, I can. Sometimes victory is a silent acknowledgement and some days, well some days victory is a battle cry. Saturday, her victory was a roar. And it was a beautiful thing. 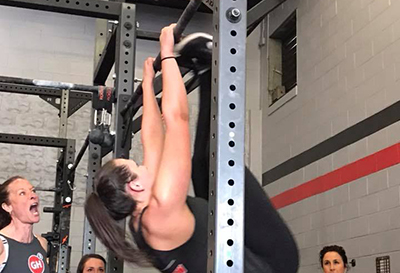 It's the eye of the tiger.  It's the thrill of the fight

Sometimes big things come in small packages and this little dynamo was a joy to watch. Having watched her journey, seen her heart and dedication and then to see it all unfold on Saturday…it was a gift as a woman and as a fellow athlete. She was locked in, laser focused, determined and so positive - I don’t think I once saw her without a smile. And she was unbeatable. What I loved most is that I think she was truly happy not for the win so much as she was that the journey that she took to get herself there. That she came to perform, to give her best and that her best in and of itself was good enough. The podium was simply a bonus. 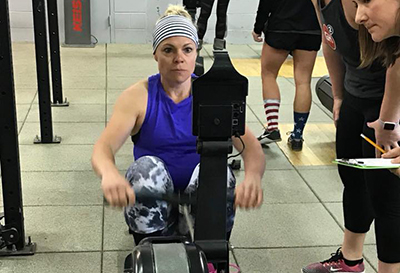 Risin up to the challenge of our rival

It takes a village

It’s important to remember that we don’t get there on our own. As humans we don’t feel ‘on’ every day. Part of what makes the human spirit indomitable is the village that we surround ourselves with. The people that play a part in supporting us, in helping us to achieve our best, give our best, be our best. The role models we are for our children, showing them that age is just a number and yes, even days I want to give up and I choose not to. 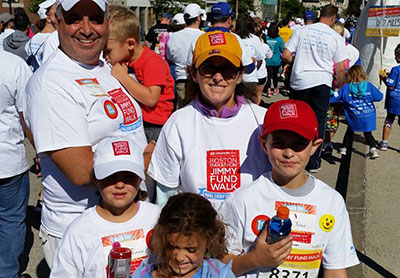 And the last known survivor stalks his prey in the night

And that we cannot define ourselves by a number. There were competitors there from late teens to in their 50’s. Athletes that simply chose to sign on the dotted line and said let’s see what this old gal or guy has left in the tank. And their desire to do a good job, be a person that their families, their friends, their fellow athletes could be proud of - it was part of what was so magical about the day. 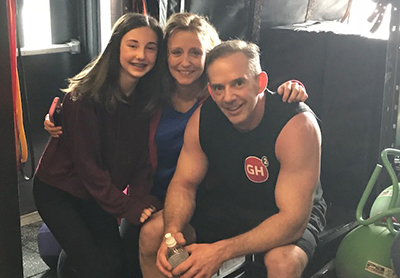 And he's watchin us all with the eye of the tiger

I preach all the time about picking yourself up, dusting yourself off and marching forward. And I’ll tell you what - lately all I want to do is lay down in the dirt and make dirt angels. Life has been painfully, excruciatingly overwhelming lately and just hard.

And that’s part of the journey. It’s not always butterflies and rainbows. And sometimes it is with the pain of life that we are forced to open up our eyes to the beauty that is hidden. A child that is pulling away but knowing in your heart that there are certain life lessons they have to learn themselves. A child that is now facing choices that you prayed they would face yet it will also lead them in a direction that is away from you. Roots and wings. A child with one foot in boyhood and one foot in adulthood and you smile as you shove him over that line while your heart is breaking inside - because that is your job as a mother. Fearless in the face of overwhelming fears. Unstoppable in putting them first in the face of wanting to stop them and never let them go.

We truly are as humans unconquerable when we believe it in ourselves. Unable to be defeated. That is not to say that sometimes the score is Life 1, Hallie 0. It’s to say that each and every day I choose to wake up and try again. I make the conscious decision to give more. I give effort day in and day out, trusting (this week praying) that I may not win every battle but I will win the war. That I will have given my best, lived my life to the best of my ability, that I will have chosen more good than bad. That I picked myself up, dusted myself off and tried again. That I inspired, served, loved and lived to the very best of my ability. That my human spirit was indomitable. 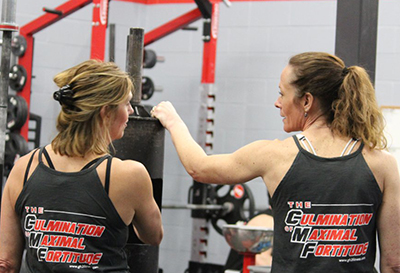 The Culmination of Maximal Fortitude